Successive UK governments have positively encouraged charitable giving in recent years by providing generous income tax and corporation tax relief to donors, donees and sometimes both. After all the public is taking on financial responsibility some of which the government should be bearing… 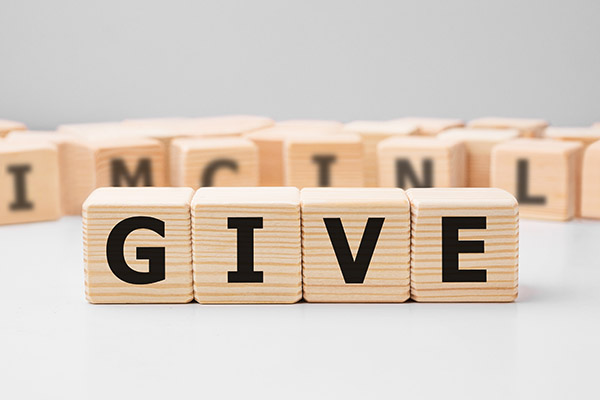 So what tax reliefs are available, and to whom?

Payroll giving has been with us for over 30 years. It is only available to employees but it is the simplest form of supporting charitable entities. Employees authorise participating employers to deduct a stipulated amount from their earnings before tax is applied. This means that the donor gets tax relief at his highest rate of tax. He doesn’t have to make any entries on a tax return, submit any claim or sign any form once the arrangement is set up.

Samuel is on a salary of £60,000 a year. He decides to contribute £50 a month to Cancer Research. His monthly payslip will look like this:

Samuel has the comfort of knowing that £50 is going to Cancer Research each month and his PAYE tax deductions will be £20 lower.

HMRC-approved charity agencies are in place. Payroll giving is filtered through these agencies which are required to make payment to the specified charities within 35 days of receiving a donation. The use of these agencies enables payroll donors to broaden the scope of their giving

Samuel receives an unexpected pay rise and decides to increase his giving to £100 a month. He authorises the payroll giving agency to allocate this between:

Samuel knows that he can change the allocation whenever he likes. He appreciates the flexibility.

Gift aid is a tax relief on donations of money to charities and a few other entities. When a UK taxpayer makes a donation to a charity and chooses to gift aid it the charity can reclaim basic rate tax paid by the donor.

It’s Samuel again! He’s had a generous once-off bonus. Rather than increase payroll giving he decides to make a gift aid donation of £400 to The Donkey Sanctuary, a registered charity in Devon. He signs his gift aid declaration form, makes his payment and gets a receipt. What happens next?

The charity now applies to HMRC for payment of basic rate tax. The grossed-up amount is £500 and the basic rate tax is £100. HMRC refunds the £100 to the charity. Meanwhile Samuel makes a forward note to claim higher rate tax relief on the grossed-up donation of £500 on his next Tax Return. This will reduce his personal tax liability by £100.

Of course for a gift aid claim to be effective the donor has to pay an amount of tax at least equivalent to the basic rate tax reclaimed by the charity. If this doesn’t happen the donor will be asked to pay that tax on top of his gift.

William, a self-employed man, made a good profit in 2019/20. He used £800 of this to make a gift aid donation to the NSPCC. But in 2020/21 Covid-19 struck and he incurred a substantial loss. His accountant suggested that this loss was relieved against his 2019/20 income and claimed a refund. When it came through it was £200 less than expected. HMRC had retained tax of £200 to cover the refund claimed on the NSPCC claim.

Gift aid donations are a charge on personal income and can be used to reduce one’s statutory or taxable income. This could be very useful if a taxpayer’s gross income will just exceed £50,000 and some of his child benefit is at risk. Similarly if a taxpayer’s income will just exceed £100,000 jeopardising the personal allowance a gift aid donation could rectify the situation. An added bonus is that, subject to certain conditions, one can have all or part of one’s gift aid donations reallocated back to the previous tax year.

A gift aid donation must be in money.

Companies qualify for corporation tax relief on cash gifts to charity. The relief is similar but not identical, to the relief for individuals.

The gift is deductible for corporation tax purposes. No claim or declaration is needed and tax is not reclaimed by the charity. The donation is treated as a business expense for tax purposes. There are a few conditions to watch.

Other Forms of Tax Relief

There are a number of these all with built-in anti-avoidance provisions to prevent abuse:

Final Example – an interesting one

Sadly Samuel dies in the year 2024 leaving a significant estate. One clause in his Will provides for a legacy of £4,000 to his friend David but expresses a wish that David should pass this on as a gift to The Donkey Sanctuary within two years of his death. Strangely there will be IHT relief under section 143 IHTA 1984 but in addition David will qualify for gift aid relief on the same gift. So:

Always expect the unexpected when it comes to tax!